From cleaner vehicles on the road to an expanded rail network, Singapore is firmly on track to a more sustainable transport system.

Often lauded for its affordable, efficient and highly-interconnected public transport network, Singapore is certainly well-equipped to combat carbon emissions when it comes to greener forms of commuting.

The compact, interconnected nature of our city is a boon in the fight against climate change, as it makes public modes of transport not only possible, but highly convenient.

By 2040, we hope to have 9 in 10 peak-period journeys made through walking, cycling or riding public and shared transport.

Commuters should be able to complete their journeys in 45 minutes during peak periods, while amenities within the neighbourhood should be no more than 20 minutes away.

While this sounds like an ambitious goal, changes are already underway to turn this into a reality. Here are some plans that are being put into place:

Singapore is already home to a comprehensive, 440km-long network of cycling paths. This number is set to triple by 2030, making it even easier to commute to work while enjoying the breeze in your face. 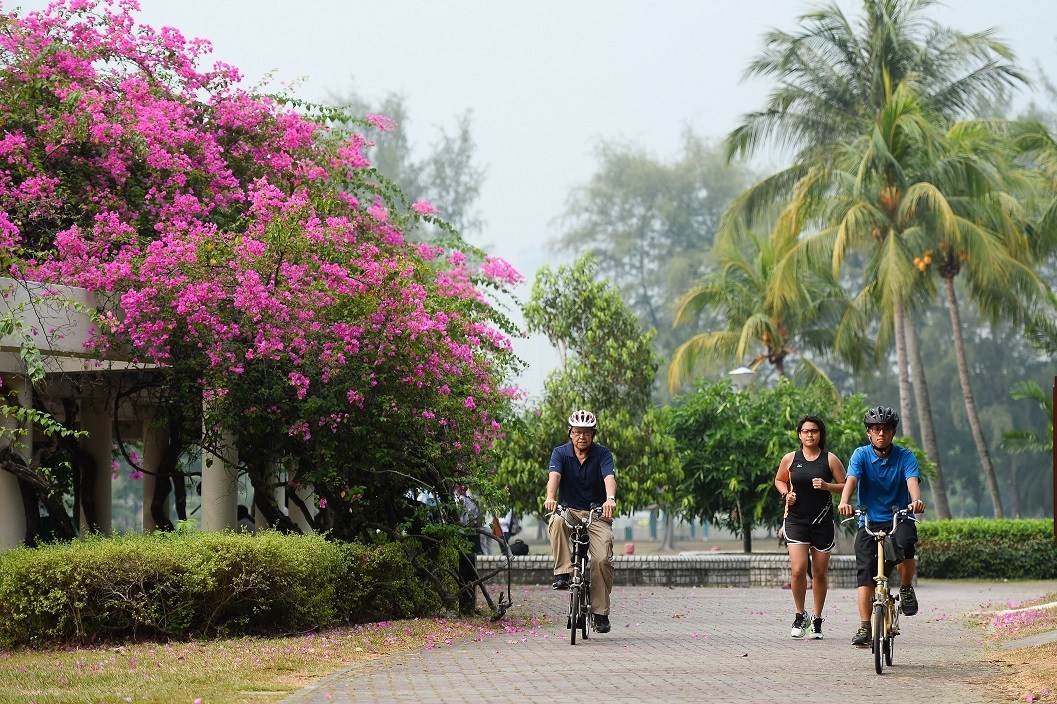 We will increase our train network from 230km today to 360km by 2030. This will bring 8 in 10 homes within a 10-minute walk from a train station. Over the next decade, new lines such as the Thomson-East Coast Line, Jurong Region Line and Cross Island Line will be added to the network, and extensions are in the works for the North East Line and Downtown Line.

Fun fact: At full capacity, a six-car train can carry up to 1,600 passengers, as compared to a sedan’s five passengers.

Plans to enhance the infrastructure for more electric buses, taxis and cars are already underway. By 2040, all public buses and taxis in Singapore will run on cleaner energy. 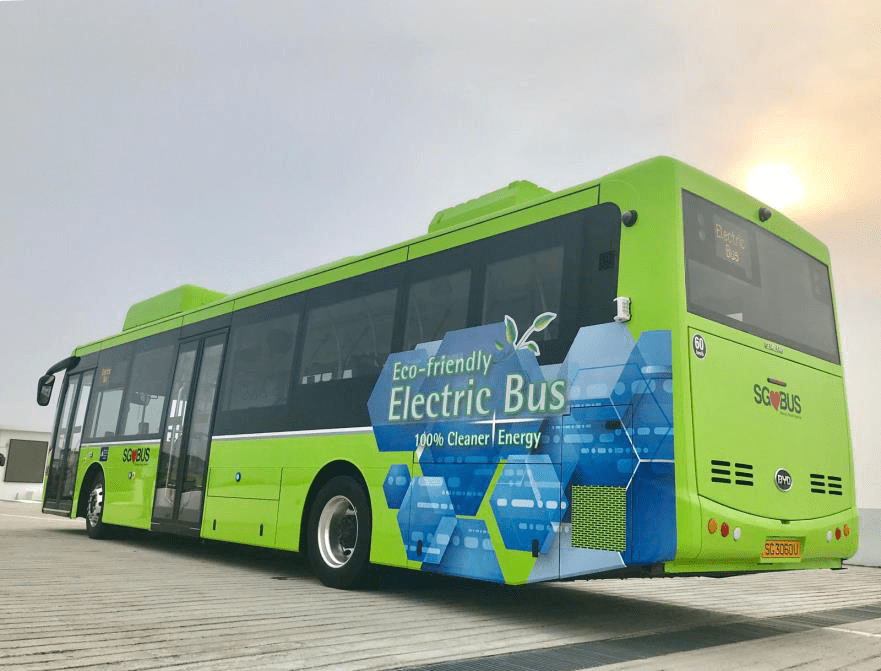 Since January 2018, the Vehicular Emissions Scheme has been incentivising vehicle owners to choose cleaner car models. Rebates or surcharges of up to $20,000 are granted based on the vehicle’s emissions across five pollutants – carbon dioxide, hydrocarbons, carbon monoxide, nitrogen oxides and particulate matter.

Taking green modes of transport isn’t just great for the environment—it can save you money, make you healthier, while helping you meet new friends.

If you want to do your part for our environment but aren’t sure where to start, here are some ways you can green your daily commute.

If you’re a morning lark, tapping in to take the MRT or LRT before 7.45 am will save you up to 50 cents on your fare. So instead of jostling with the rush hour crowd, you can spend that time grabbing breakfast and a cup of joe.

For times when you have to drive, you can help save the environment (and your wallet) by carpooling. Carpooling apps are great ways to get to a common destination, and you may even make a buddy or two during your trip.

If you commute multiple times in a day, you may want to consider buying a monthly transport concession pass. Get the most bang for your buck by paying a flat fee for unlimited rides.

Have you ever felt like you’re going ‘nowhere’ while working out furiously on a treadmill? All jokes aside, why not consider cycling to work as an alternative to hitting the gym?

If your workplace is easily accessible via bicycle, you’ll be reaping a whole host of benefits with this lifestyle change. Cycling can burn up 400-1000 calories per hour, and you’ll be saving on fuel or taxi fares to boot!