Two Food and Beverage (F&B) outlets have been ordered to close, and fines were issued to three other outlets and 15 individuals for breaches of Safe Management Measures (SMMs), during recent stepped-up enforcement checks. Overall, during the year-end festive period, eight F&B outlets were ordered to close, 26 fines were issued to F&B outlets and 51 individuals were fined for SMM breaches.

2 Details of the offences committed at the two F&B outlets on 31 December 2020, and the orders for closure are as follows (photos in Annex A):

a) Meltz Resto-Bar (24 Race Course Road)1 was found to have committed multiple breaches of SMMs at 9.25pm: (i) allowing a group of 10 individuals to be seated together at a table; (ii) failure to conduct temperature screening for patrons; and (iii) failure to implement SafeEntry for patrons. The Singapore Tourism Board (STB) has issued an order requiring the operator to close the premises for a period of 10 days from 1 to 10 January 2021 (both dates inclusive).

b) Club V5 Tycoon (21 Cuscaden Road, Ming Arcade)2 was found to have allowed patrons to consume alcohol at 11.15pm. STB has issued an order requiring the operator to close the premises for a period of 10 days from 1 to 10 January 2021 (both dates inclusive).

3 Three F&B outlets (listed in Annex B) were fined $1,000 each for breaching SMMs, such as seating groups of patrons less than 1 metre apart, failing to ensure a 1 metre distance between customers in a queue, and providing games to patrons despite not being an amusement centre.

4 15 individuals were also fined $300 each for gathering and sitting in groups larger than the permitted group size in Phases 2 and 3 at F&B outlets.

5 While Singapore has progressed to Phase 3 of reopening, there remains local transmission of COVID-19 in the community. Businesses and members of the public must continue to adhere to SMMs to keep community transmission low. We urge everyone to remain socially responsible by keeping group sizes small, and wearing a mask at all times at F&B premises, unless drinking or eating. This will help to safeguard public health, while allowing businesses to remain open. The Government will not hesitate to take strong enforcement action against errant operators and individuals who breach SMMs.

1 Meltz Resto-Bar holds a foodshop (restaurant) licence and is allowed to operate. The business name stated on its licence is Chennai Kitchen.
2 Club V5 Tycoon was allowed to reopen as an F&B establishment (i.e. with no live entertainment and singing activities allowed) after it obtained a foodshop (snack counter) licence. Outlets which have pivoted to F&B operations are required to implement SMMs for F&B establishments under the COVID-19 (Temporary Measures) (Control Order) Regulations, and will face penalties if they breach SMMs.

Annex A
On 31 December 2020, Meltz Resto-Bar (24 Race Course Road) was found to have committed multiple breaches of SMMs at 9.25pm. 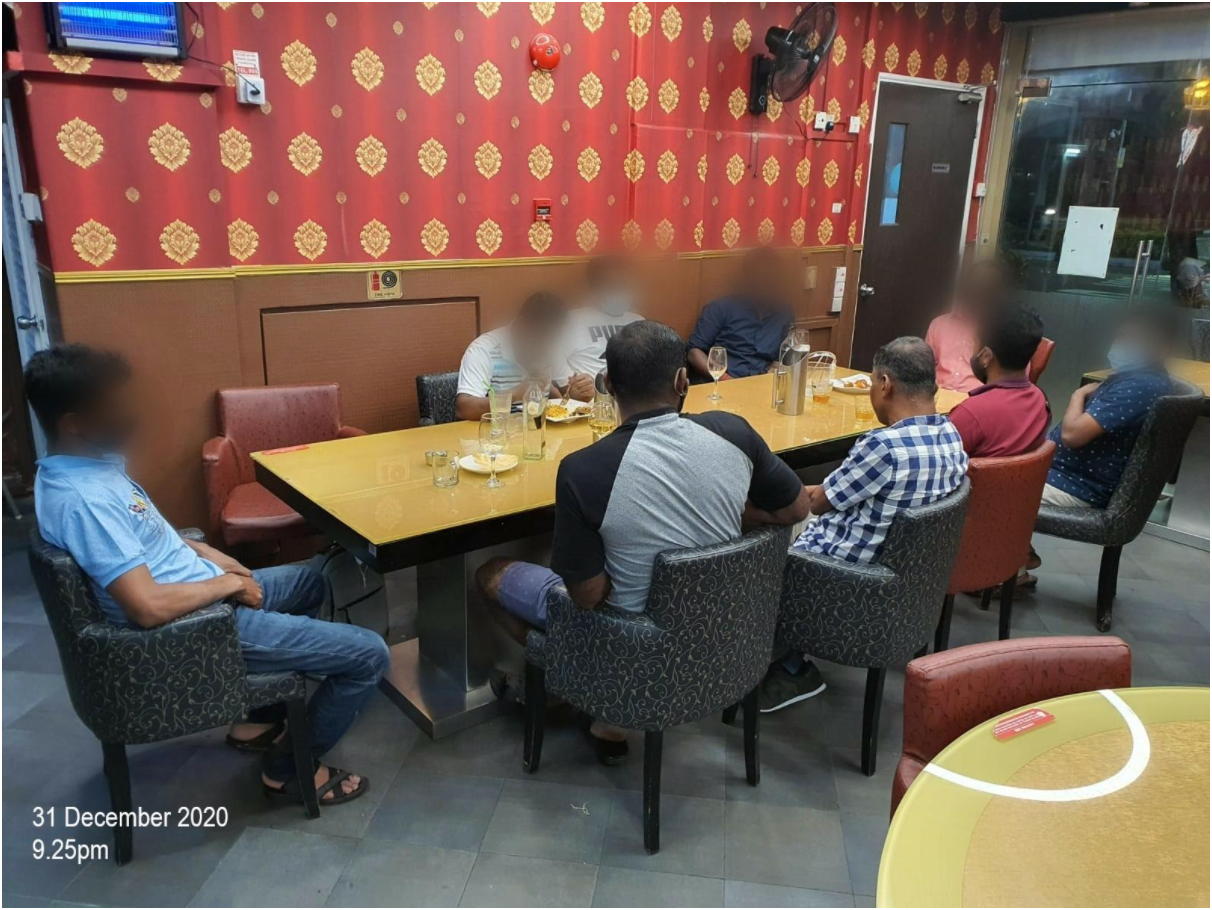 On 31 December, Club V5 Tycoon (21 Cuscaden Road, Ming Arcade) was found to have allowed patrons to consume alcohol at 11.15pm. 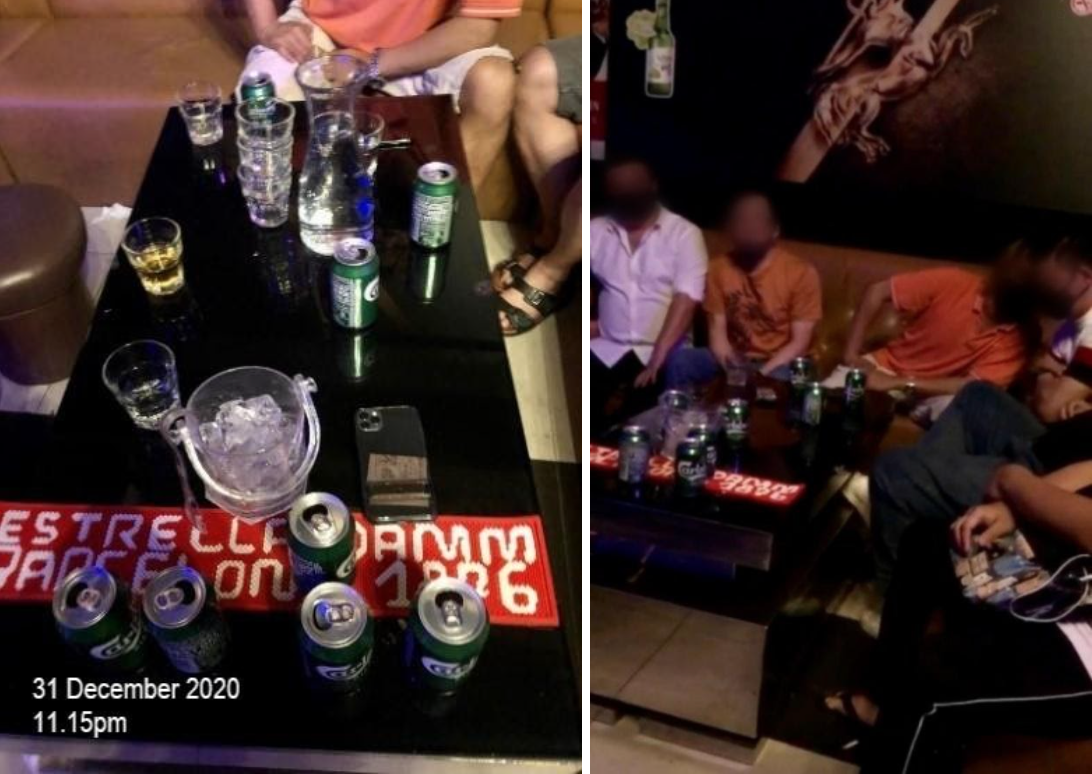