4 Individuals and 12 Food and Beverage Premises Penalised for Breaching Safe Management Measures; Enforcement Inspections to be Stepped up at Hotspots; Crowd management measures to be introduced at Chinatown

74 Individuals and 12 Food and Beverage Premises Penalised for Breaching Safe Management Measures; Enforcement Inspections to be Stepped up at Hotspots; Crowd management measures to be introduced at Chinatown

5 February 2021 – As part of stepped-up inspections to ensure compliance with Safe Management Measures (SMMs), government agencies have continued to conduct enhanced checks on food and beverage (F&B) premises, malls and other public spaces over the past week. Three F&B outlets have been ordered to close, while nine outlets and 74 individuals were fined for breaching SMMs.

2 Details of the offences committed at the F&B outlets, and the orders for closure are as follows (photos in Annex A):

a) Bumbu (44 Kandahar Street) was found to have a group of 14 diners split across two tables at 8.55pm on 29 January 2021. The Urban Redevelopment Authority (URA) has issued an order requiring the operator to close the premises for 10 days from 4 February to 13 February 2021 (both dates inclusive).

b) Darts Buddy (28 Beatty Road) was found to have allowed consumption of alcohol by diners after 10.30pmon 29 January 2021. The establishment's main door and shutters were closed and officers had to enter the premises by the rear door. The Singapore Land Authority (SLA) has issued an order requiring the operator to close for a period of 10 days from 1 February to 10 February 2021 (both dates inclusive).

c) Drinks Emporium , operated by AdamousePte Ltd (83 Club Street), was found to have allowed consumption of alcohol by diners at 1.10am on 16 January 2021. The Singapore Tourism Board (STB) has issued an order requiring the operator to close the premises for a total of 20 days from 3 February to 22 February 2021 (both dates inclusive) for failing to comply with SMMs. The establishment was previously issued a composition fine of $1,000 and an order to close for a total of 10 days from 21 November to 30 November 2020, for allowing consumption of alcohol on its premises after 10.30pm and providing games for diners. Under the COVID-19 (Temporary Measures) (Control Order) Regulations 2020, F&B establishments are not permitted to provide games if they are not also an amusement centre.

3 Nine F&B outlets were fined $1,000 each for breaching SMMs (see Annex B). Breaches included seating groups of diners less than 1 metre apart and allowing diners to play billiard and pool games within premises.

Enforcement against SMM breaches by 74 individuals at parks and beaches

4 A total of 74 individuals were fined $300 each for breaching SMMs on 30 and 31 January 2021 in parks and beaches managed by the National Parks Board (NParks). These breaches included gathering in groups of more than eight people and intermingling between groups. NParks is also investigating two groups, comprising more than 20 people each, who gathered at East Coast Park and Changi Beach Park on 30 January 2021 (photo in Annex A).

5 Increased social interactions during festive periods heightens the risk of COVID-19 transmission. It is critical that members of the public and premise operators stay vigilant, and continue to observe SMMs. While many may wish to visit popular areas or dine out with family and friends during the upcoming festive period, we strongly urge members of the public to plan visits to Chinatown and other potentially crowded areas such as shopping malls, F&B outlets, markets, supermarkets and parks, during off peak hours instead.

6 Agencies have stepped up enforcement inspections, including deploying additional Safe Distancing Ambassadors and Enforcement Officers to ensure compliance with SMMs. Agencies will also be checking the bookings made at F&B outlets and managing crowds in areas such as Chinatown, and will continue to do so during the festive period. Where there are multiple bookings for diners from the same household, F&B operators should verify diners' claims that they are from the same household, and can reject entry of diners at their discretion. We will not hesitate to take firm enforcement action against errant operators and individuals. This includes fines, suspension of operations even for first offences, and prosecution for egregious breaches.

7 In Chinatown, where there have been heavier crowds over the weekends, STB, together with relevant agencies and community partners like the Chinatown Business Association and Chinatown Festivals Organising Committee, will implement additional measures to better space out the crowds. These additional measures include:

d) Other measures may be implemented for crowd management and visitor safety, depending on the ground situation, including the closure of Temple Street to vehicular traffic.

8 Members of the public are encouraged to adapt Chinese New Year celebrations this year in line with tightened measures during the festive period. This will help to protect vulnerable members in our community, such as the elderly. We should also see a doctor and stay home when sick. Let us be socially responsible in observing all these measures to prevent a resurgence in community transmission. 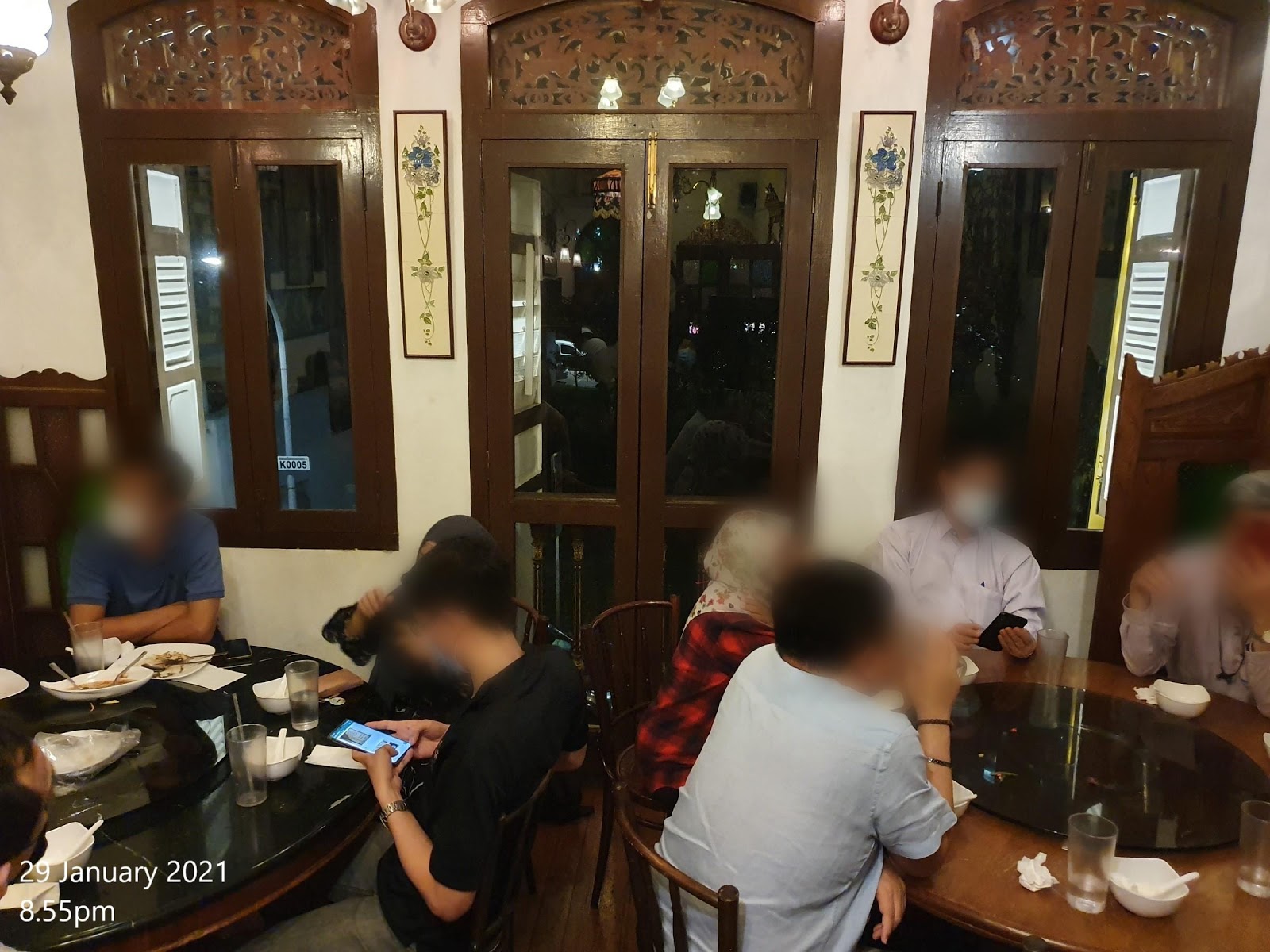 Drinks Emporium (83 Club Street) was found to have allowed consumption of alcohol by diners at 1.10am on 16 January 2021. 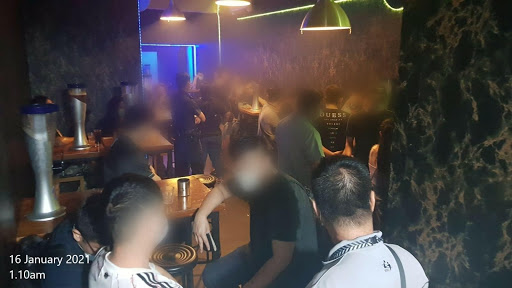 A group of more than 20 people was found gathering at East Coast Park on 30 January 2021. This is one of two such groups being investigated by NParks. 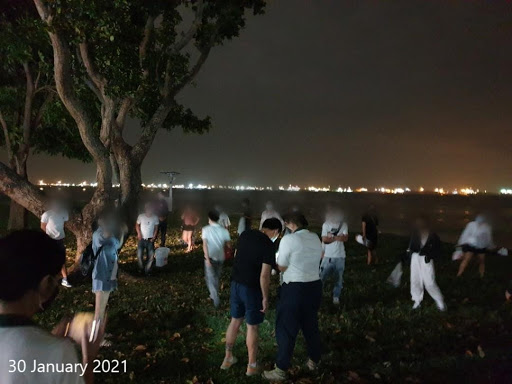