31 Individuals and Five Food and Beverage Premises Penalised for Breaching

As part of stepped-up inspections to ensure compliance with Safe Management Measures (SMMs) during the Lunar New Year period, government agencies have conducted regular checks on food and beverage (F&B) premises, malls and other public spaces. Two F&B outlets were ordered to close, while three other outlets were fined for breaching SMMs. 31 individuals were also issued fines for breaching SMMs at parks and beaches.

2 Details of the offences committed at the F&B outlets, and the orders for closure are as follows (photos in Annex A):

3 Three F&B outlets were fined $1,000 each for seating groups of diners less than one metre apart, and failing to conduct temperature checks prior to admitting customers (see Annex B).

4 Two F&B operators that had previously been charged in court for offences under the COVID-19 (Temporary Measures) Act 2020 have been found guilty of their charges and fined. Invincible (BBCM) Pte. Ltd. was fined $14,000 for failing to ensure safe distancing between customers and allowing consumption of liquor after 10:30 p.m. at the establishment, while Mark Enterprise Ptd. Ltd. was fined $4,000 for continuing business operations despite being issued an order to close its premises.

Enforcement against 31 individuals for SMM breaches at parks and beaches

5 A total of 31 individuals were fined $300 each for breaching SMMs on 28 February 2021 in parks and beaches managed by the National Parks Board (NParks). These breaches include gathering in groups of more than eight people, such as at Esplanade Park (photo in Annex A).

6 Over the Lunar New Year period, the vast majority of F&B premises and individuals have adhered to SMMs. However, there remains a minority who continue to be irresponsible and flout the measures. From 22 January 2021 to 28 February 2021, a total of 19 F&B outlets were ordered to close and 572 individuals and 36 F&B premises were issued fines for breaching SMMs.

7 While the festive period has drawn to a close, the risk of COVID-19 transmission in the community remains. We urge members of the public and operators to remain vigilant and committed to observing SMMs. Members of the public are reminded that large group bookings of more than eight persons for F&B outlets are strictly prohibited, and households are limited to eight unique visitors each day. Where possible, members of public are advised to plan visits to potentially crowded areas such as shopping malls, F&B outlets, markets, supermarkets and parks, during off peak hours.

8 Agencies will continue to conduct enforcement checks at F&B premises, parks, malls and other hotspots. We will not hesitate to take firm enforcement action against errant operators and individuals. This includes fines, suspension of operations even for first offences, and prosecution for egregious breaches.

9 The Qing Ming Festival falls on 4 April 2021 this year, with the visiting period expected to last from 20 March to 18 April 2021. In view of the COVID-19 situation and SMMs, the National Environment Agency (NEA) has issued an advisory on 5 March 2021 on stricter crowd control measures. Please refer to NEA's advisory for more details: https://www.nea.gov.sg/media/news/advisories/index/public-advisory-on-safe-distancing-measures-at-government-cemetery-and-columbaria-for-qing-ming-festival. Members of public are encouraged to be socially responsible when visiting cemeteries and columbaria during the period of Qing Ming. Let us all work together to keep Singapore safe.

Club Peaches (Concorde Shopping Mall, 100 Orchard Road) was found to have engaged hostesses who intermingled with different groups of patrons across multiple tables on 26 February 2021. 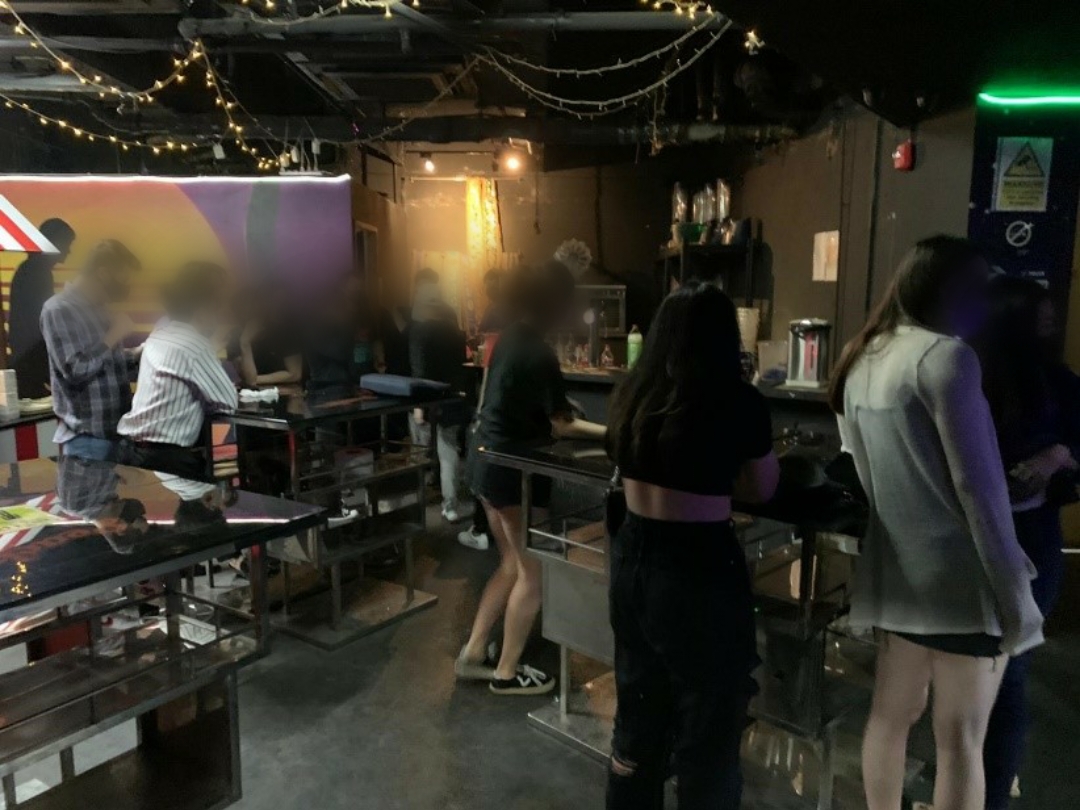 Tasty Loong (50 Tiong Bahru Road) was found to have allowed customers to verbalise auspicious sayings during toasting, and failed to minimise physical interactions between customers and staff on 20 February 2021. 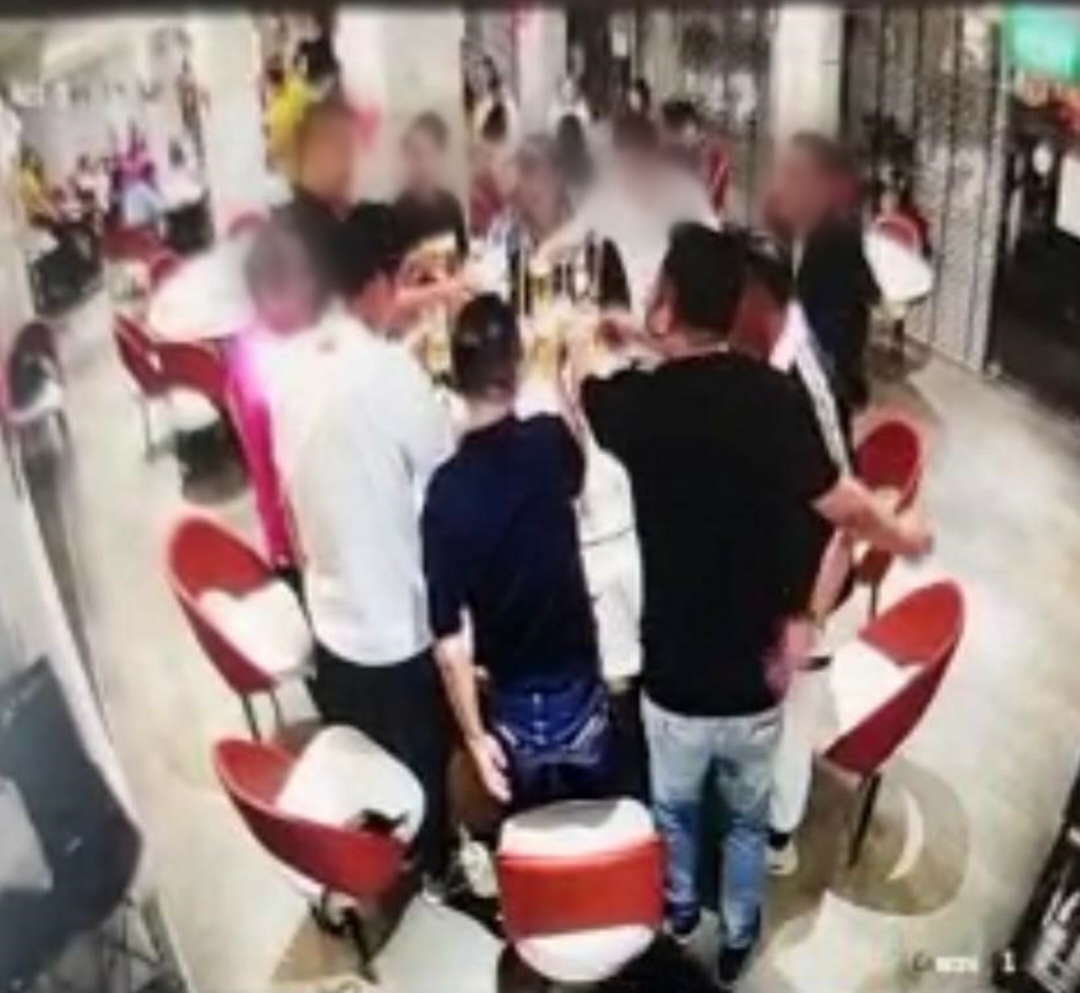 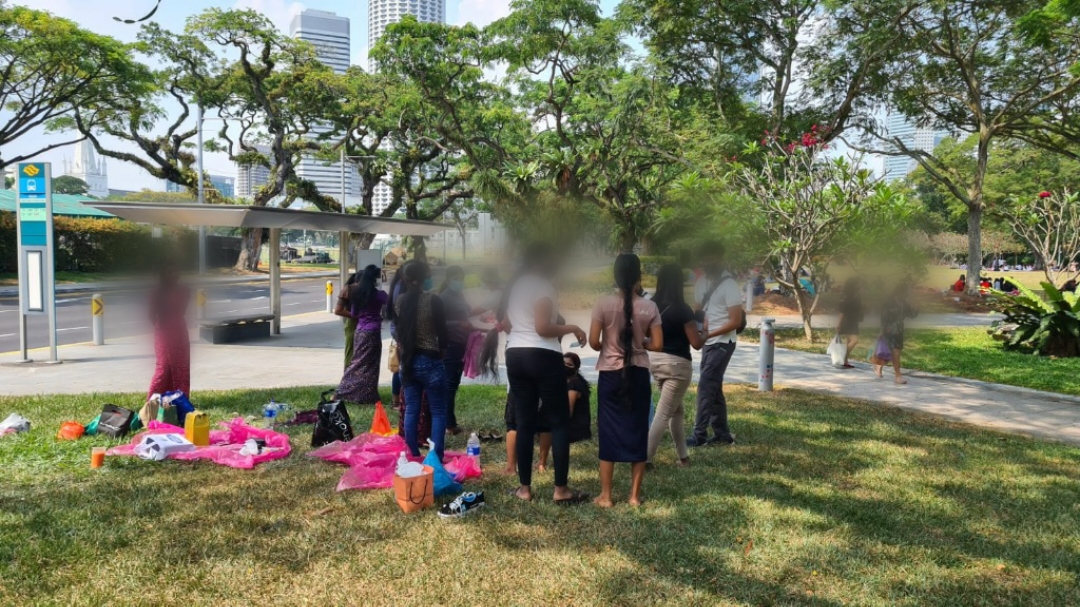