2014 President's Award for the Environment Recipients 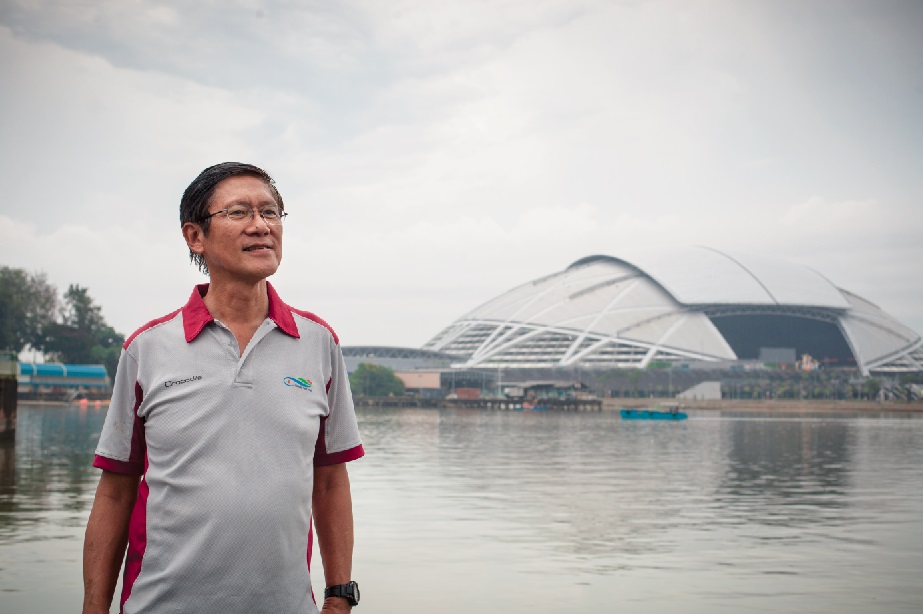 Mr Eugene Heng is widely recognised for his passion and strong commitment for the environment. Mr Heng is the founder and chairman of the Waterways Watch Society (WWS), a special volunteer group which brings people together to monitor, restore and protect the aesthetics of Singapore’s waterways. Founded in 1998, WWS currently has 370 volunteer members.

Mr Heng started his environmental journey in the 1980s, first as an environment coordinator at a foreign bank he used to work for, before being appointed to the Government Parliamentary Committee (Environment) from 1995 to 2000. He also served as a PUB board member from 2001 to 2005 and represented WWS as a member of the Water Network from 2004 to 2013. As chairman of WWS, he spearheaded many of their activities and initiatives, such as, International Coastal Clean-Up Day (Marina), Youth Bicycle Patrol and the River Monster Programme, which are targeted mainly at Primary and Secondary School students. Through his mentoring, WWS has managed to reach out to volunteers of all ages, developing into a good network of volunteers and volunteering opportunities.

Apart from leading initiatives, Mr Heng strongly believes in sustainable action and walks the talk. Over the last 16 years he has spent at least three hours every weekend with WWS volunteers, on boats and bicycles, helping to monitor the Marina Reservoir, Singapore River, Kallang River and Geylang River, picking litter and reporting acts of littering and pollution sites. This has earned Mr Heng the Public Service Medal in 2005 for his continuous efforts in keeping Singapore’s rivers clean. Under his leadership, WWS also won the inaugural President’s Award for the Environment in 2006 as well as the PUB Watermark Award in 2007.

In addition to his sustained efforts in water-related initiatives, Mr Heng has recently branched out into other environment-related topics, like public cleanliness and recycling. For instance, Mr Heng is an active member of the Public Hygiene Council and is committed to galvanise community and industry efforts to improve the cleanliness and hygiene standards in Singapore. Together with a corporate partner, he has embarked on a PET bottle recycling programme with schools.

Throughout his career, Mr Heng has played a significant role as an environmental champion. His invaluable contributions in promoting environmental education make him a deserving winner of the President’s Award for the Environment 2014. 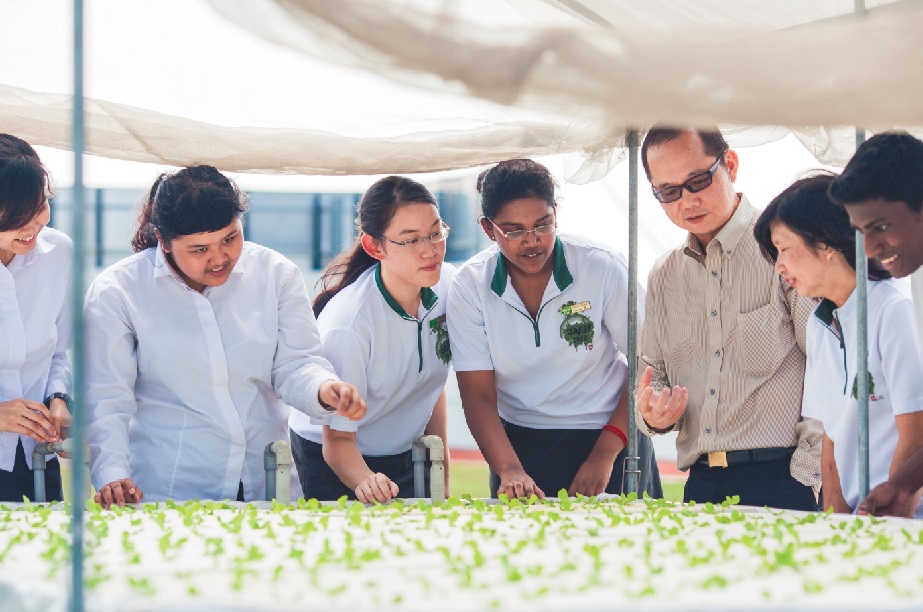 The Institute of Technical Education (ITE) is widely-recognised for its dedication to environmental education. Together, the ITE’s Headquarters and three Colleges have in place an Environmental Sustainability Initiatives Framework which promotes awareness of environmental issues among staff and students by encouraging them to be more conscious of the environmental impact of their actions in everyday life.

The ITE’s passion for the environment resonates in the architecture of its Headquarters and Colleges which incorporates best practices in environmental design and construction, and adopts green building technologies. Extensive green walls, rooftop gardens, photovoltaic panels to generate electrical power and rainwater harvesting are but a few of the many green features that can be found at its Colleges. The ITE Headquarters & College Central complex, which was officially opened in 2013, was conferred the BCA Green Mark Platinum Award. ITE College West and ITE College East were also awarded the BCA Green Mark Platinum Award and Gold Award respectively.

Environmental education has been infused in ITE students’ formal and informal curricula. All ITE students are introduced to environmental sustainability initiatives during orientation. These ideas are reinforced through projects and overseas study trips to build up environmental awareness during their years in ITE. Environment-related topics, such as recycling, waste handling and disposal, course-relevant environmental regulations, and course-specific electives like energy audit and water efficiency management are included in about 70 per cent of the ITE’s courses. As a result, ITE students graduate with a keen sense of awareness of their roles and responsibilities in sustaining the environment, both on personal and professional bases.

The ITE has also formed many valued partnerships with the community through established eco-programmes which empower the students to educate the community on ‘green’ issues while serving them. ITE is also the first post-secondary education institution in Singapore to be a part of the Eco-Schools Programme, run by the World Wide Fund for Nature (WWF), which gives students opportunities to be trained as leaders of environment initiatives under a green-campus programme. For its efforts in raising environmental awareness, the ITE has been recognised with the Singapore Environmental Achievement Award in 2013. ITE students have also been awarded the HSBC/NYAA Youth Environmental Award and Bayer Young Environmental Envoy Award in recent years.

A leader of the class amongst Singapore’s post-secondary institutions, the ITE truly deserves to be awarded the President’s Award for the Environment 2014. 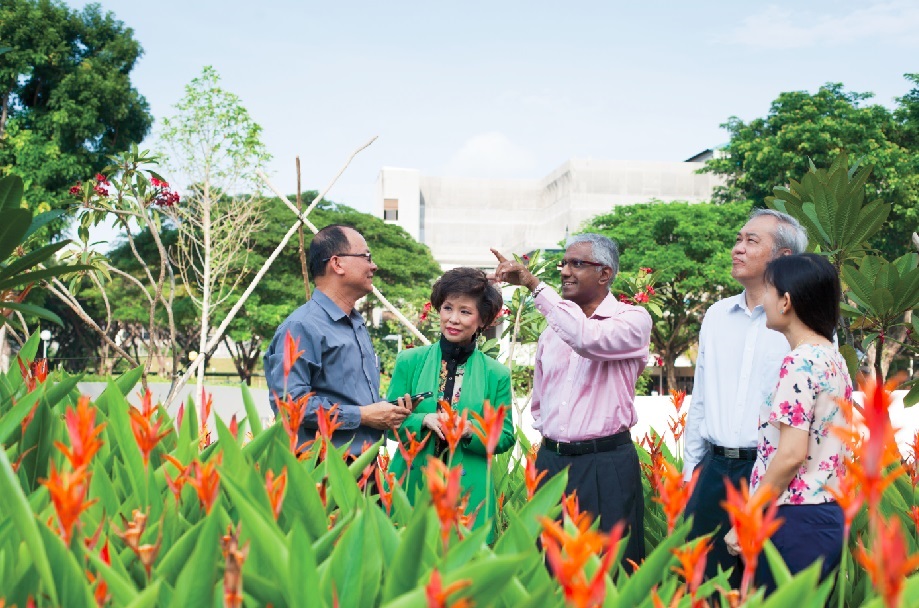 A pioneer in the environment scene among Singapore’s tertiary institutions

Ngee Ann Polytechnic (NP) started doing voluntary environmental work before it was fashionable for schools to go green. Within the Polytechnic, it set up the NP Environmental Committee, which sets environmental policies and strategies for the institution. Through its journey as an institution with integrated environmental education, NP has garnered many awards, one of which was the PUB Watermark Award in 2008.

The Polytechnic has a strong partnership with the National Parks Board (NParks) since 1998 with the joint development of the Diploma in Landscape Design & Horticulture. Further collaboration with NParks and the South West Community Development Council led to the introduction of the Gardens@NP initiative to create mini-gardens in the campus. This sends out a strong message to NP’s students on the importance of maintaining a sustainable environment for life on Earth.

NP has jointly developed the Diploma in Environmental & Water Technology with PUB, the national water agency. The course focuses on the key areas of water technology, waste management and resource conservation. Through this course, NP’s staff and students have actively promoted environmental awareness and activities to secondary schools and the community together with partners such as SembCorp Industries, Keppel Club and JTC. NP students have also received numerous awards in recognition of their achievements in various environmental causes, competitions and conferences. The Polytechnic also offers Diploma courses in Sustainable Urban Design and Engineering as well as Clean Energy Management to train students in the relevant sectors.

The Polytechnic’s Block 51 and Block 58 were conferred the 2013 BCA Green Mark Platinum Award, testifying to its steadfast commitment to environmental sustainability. As part of its plans to step up its sustainability efforts, NP aims to obtain such Green Building certifications for 80 per cent of the buildings in its campus by 2020.