2015 President's Award for the Environment Recipients 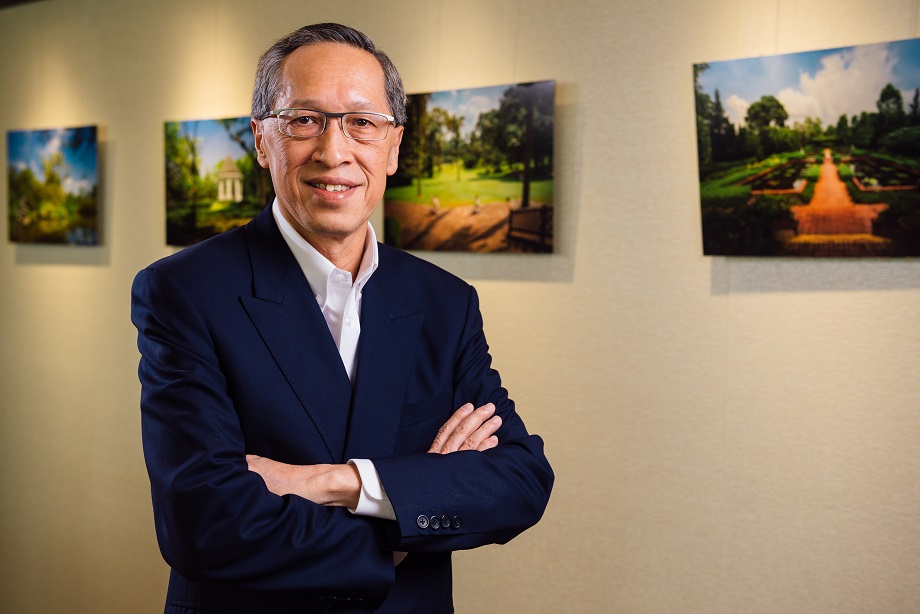 For over three decades now, Mr Kwek has devoted his life and career to the pursuit of environmental excellence

With over 30 years of experience in the real estate sector, Mr Kwek has led CDL to achieve international recognition as a forerunner in environmental sustainability. Adopting the ethos of “Conserving as it Constructs” since 1995, CDL has set benchmarks for green building and innovations in the industry.

Accorded the Built Environment Leadership and Green Mark Platinum Champion Awards by BCA in 2009 and 2011 respectively, CDL also has the distinction of being the first Singapore company to be listed on three global sustainability benchmarks – FTSE4Good Index Series since 2002, Global 100 Most Sustainable Corporations in the World since 2010 and the Dow Jones Sustainability Indices since 2011.

Beyond CDL, Mr Kwek is also the President of the Global Compact Network Singapore, where he has been playing an active role in raising the importance of Corporate Social Responsibility to the local business community and youths.

Despite his busy schedule, Mr Kwek has always made time to serve the country and the community. He was personally involved in the Singapore Botanic Gardens’ UNESCO World Heritage Site inscription journey, with his photos being featured at the inaugural presentation of the Gardens at the World Heritage Committee meeting held in Phnom Penh in June 2013.

A philanthropist, dedicated volunteer and an avid photographer, Mr Kwek has raised over $2.5 million from the sale of his photo works and art books for various environmental and charitable causes. In September 2015, Mr Kwek was listed on the 9th Forbes Asia’s Heroes of Philanthropy List.

For over three decades now, Mr Kwek has devoted his life and career to the pursuit of environmental excellence, making him an excellent role model and truly deserving of the President’s Award for the Environment 2015. 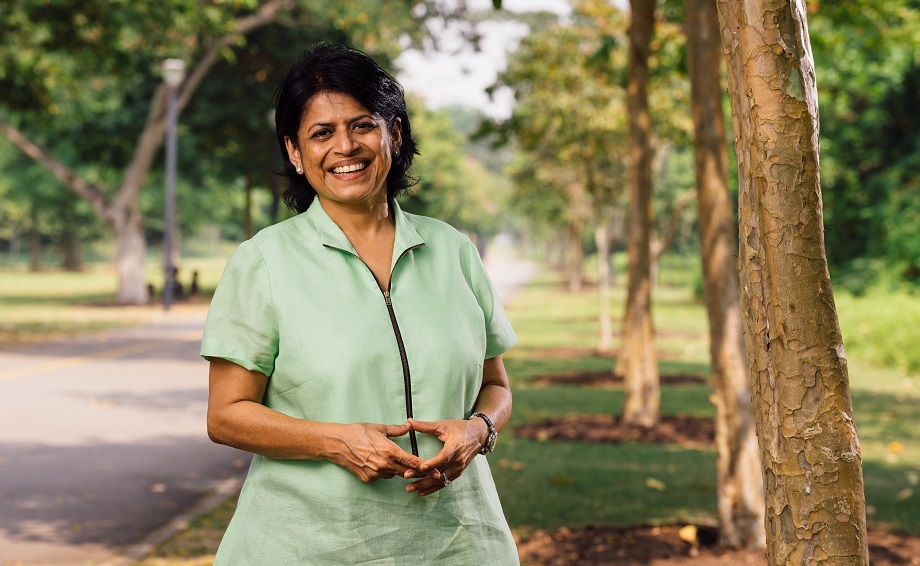 Mrs Mekani has made invaluable contributions toward greening Singapore, encouraging community involvement and crafting programmes to empower our generation and the next

A lifelong nature lover, Mrs Kirtida Mekani has been an ever-present advocate for environmental causes in Singapore. For over two decades, her admiration for trees, a passion for contribution and devotion to sustainability has seen the development of nature-inspired programmes that continue to touch the lives of Singaporeans young and old.

Mrs Mekani served as the founding Executive Director of the Singapore Environment Council, facilitating environmental protection and educational projects in the business sector and community.

The committed environmentalist is also a trustee on the Board of the United World College of South East Asia (UWCSEA) Foundation. Through the Mekani Sustainability Fund, UWCSEA runs the successful Rainforest Restoration Project, a creation of dedicated tree nurseries that is run and managed by students.

Mrs Mekani’s proudest achievement is her conceptualisation of the Plant-A-Tree Programme, an initiative under National Parks Board’s (NParks) registered charity, the Garden City Fund (which Mrs Mekani is a committee member of). The programme enables individuals and organisations to be involved in greening Singapore by planting tree saplings at our parks and nature reserves, encouraging greater connection and ownership with our environment. Since its inception in 2007, the programme has connected over 29,000 participants and seen some 200 species and 17,000 trees pledged and planted across Singapore – greening our city and returning tree-dwelling life to our shores.

Mrs Mekani also plays a strategic role as an NParks’ Community in Bloom (CIB) ambassador. With her guidance, NParks’ team of CIB facilitators has grown the number of CIB groups to over 850, reaching out to 20,000 gardeners island-wide, within a span of a few years.

Looking ahead, Mrs Mekani has set her sights on promoting the fascinating possibilities of biomimicry – the science of exploring solutions for tomorrow’s challenges, with the answers found in nature’s intelligent designs.

Mrs Mekani’s invaluable contributions toward greening Singapore, encouraging community involvement and crafting programmes to empower our generation and the next, make her a deserving recipient of the President’s Award for the Environment 2015. 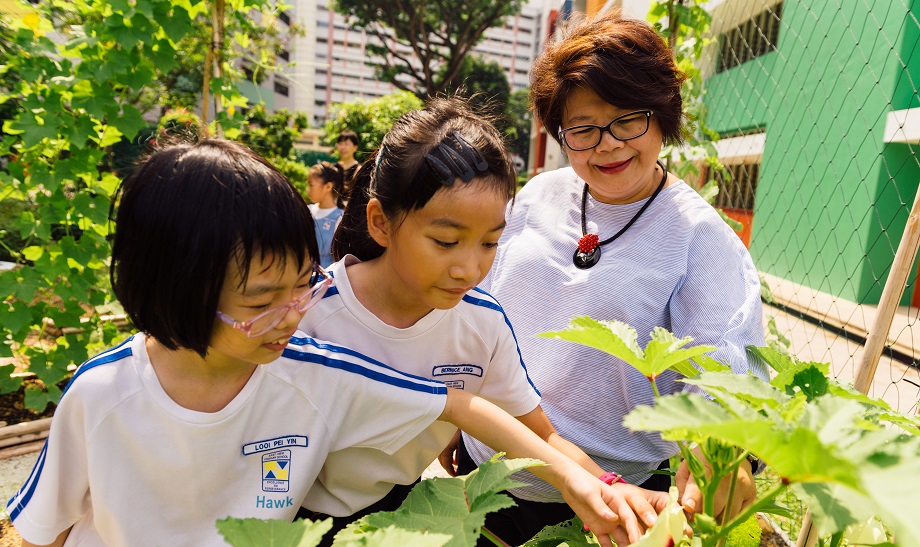 East View Primary School is recognized for its dedication towards holistic environmental education and its commitment to environmental advocacy with the community. Embracing the philosophy of “Sowing Seeds of Hearts and Minds”, the strong leadership shown by the school’s management and the Environment Committee has differentiated itself from other schools through the adoption of a whole school approach towards Environmental Science Education.

The school inculcates Green habits by encouraging students and staff to “Live it, Say it and Do it!” Essentially, live out Green habits to care for others and the environment; say to promote an eco-friendly lifestyle to others; and do or practice the 3Rs to encourage others to follow. Green habits are taught through an interdisciplinary project work called Project L.I.F.E. (Learning Is Fun and Engaging). Students’ awareness on environmental issues is further instilled through exposure to environment-related competitions and activities. Students are also appointed as Green Ambassadors. The leadership capacity of Green Ambassadors is further enhanced when they lead the school’s environment activities. Outstanding Green Ambassadors are then recognised through the school’s very own Environmental Science Award.

East View actively seeks and initiates external partnerships to expand the students’ horizon. These include partnering with Surbana Consultants in the Rainwater Harvesting Learning Hub and developing a learning trail for Lorong Halus with Senoko Energy and PUB the national water agency that is shared with other schools.

To reach out to the larger community, East View displays sustained commitment in partnerships with the community. This includes a recycling collaboration with parents and the Tampines community at large. The school has also actively initiated programmes and activities for pre-schoolers, that includes story-telling and drama sessions to promote various environmental messages. An environmental champion amongst the primary schools, East View Primary School deserves to be awarded the President’s Award for the Environment 2015.

Systems on Silicon Manufacturing Company (SSMC) is a true exemplary of a corporate entity which integrates environmental and water sustainability as part of its corporate planning and daily business operation.

Under the strong leadership of the CEO, Mr Jagadish, SSMC has differentiated itself from other players in the semiconductor industry, where water and energy are highly consumed in the wafer processing steps. As a forerunner in environmental sustainability, SSMC has made it a priority to achieve the 3Rs – Reduce, Reuse and Recycle by preventing waste generation, at its source, and carbon emissions under their 5-year EcoVision policy.

SSMC is the first wafer fabrication plant in Singapore to adopt NEWater as 100% process water since 2003 and is among one of the best fabrication plants in Singapore that recycles 75% of NEWater. Even when there are no regulatory requirements, the company would pro-actively improve the work processes aligning it towards environmental sustainability. Apart from ensuring organisational sustainability, SSMC has also worked with its suppliers to declare to its Sustainability Requirements since 2011.

Besides being relentless in its focus and dedication towards environmental and water resource sustainability, SSMC has also been very active in corporate social responsibility for the larger community. It has adopted three schools, from Primary School to Junior College through the NEA Corporate and School Partnership programme and also actively involved in the annual Singapore World Water Day. It is no mean feat that SSMC has adopted a litter Hot-Spot, Pasir Ris MRT, for a year, where Mr Jagadish and SSMC staff volunteers have been conducting regular clean-up activities.

The company’s constant strive towards being sustainable and socially responsible is testament to their dedication towards Singapore’s environment. SSMC has proven to be an excellent role model for the private sector and the community, making them a truly deserving recipient of the President’s Award for the Environment 2015.